Arriva celebrated its support of the Big LEGO® Bricks Hospital Project during an event at the Clatterbridge Cancer Centre on Wednesday 30 January.

To commemorate its £2,000 donation, Arriva placed a model double decker bus and bus stop on a LEGO® Bricks structure that is being built as part of the fundraising efforts.

Arriva is one of the first businesses in the region to sign up to the appeal and show support to the charity, by pledging the funds to contribute to the building of the new cancer hospital in Liverpool city centre.

The Clatterbridge Cancer Charity, launched a £500,000 appeal in September 2018, to fund the creation of a new treatment centre in Liverpool. As part of the appeal, a 500,000 LEGO® Bricks replica of the hospital is also being constructed.

Speaking at the event on Wednesday, Len Gibbs, Arriva Birkenhead General Manager, said: “It’s a pleasure to be involved in such a great project which promises to deliver so much to our community and beyond.

Clatterbridge already does great work across Merseyside and we are proud to be able to support the appeal as they continue to provide the highest quality care for all who need it.”

The Big LEGO® Bricks Hospital, which is housed in a portable glass showcase trailer, will consist of 11 floors, more than 500,000 LEGO® Bricks, and stand at an impressive 1.6m x 2.8m x 1.6m high when finished.

Arriva buses across Merseyside are also showcasing support for the centre and its work by displaying posters on board services across the North West.
The LEGO® Bricks bus was placed on the Clatterbridge model by Len Gibbs, and Arriva’s Head of Operations, Richard Hoare at the event.

Head of the Clatterbridge Cancer Charity, Katrina Bury, said: “I would like to extend my thanks to Arriva for the very generous sponsorship of a replica bus on our LEGO® Bricks model, helping us in our pledge to raise £500,000 towards the construction costs of a new state of the art hospital in Liverpool.

The generosity didn’t stop there and by inviting us to display posters in its fleet of buses in Merseyside, it is helping us spread the word about the crucial work of the Clatterbridge Cancer Centre for the people in this region”.

Every pound raised in the appeal will go towards the build of the brand new, leading cancer hospital, which is being built with the help of funds raised through the appeal.

The LEGO® Bricks structure will be positioned at some of the busiest spots and tourist attractions across Liverpool city centre, including the Royal Albert Dock, following its unveiling to the public at the M&S Bank Arena.

Details of how you can support the Clatterbridge Cancer Charity and The Big LEGO® Bricks Hospital Project can be found here: https://biglegobrickhospital.org.uk/

Diversion to service 5 Bangor to Llandudno

Arriva service X1 to be operated by MP Travel 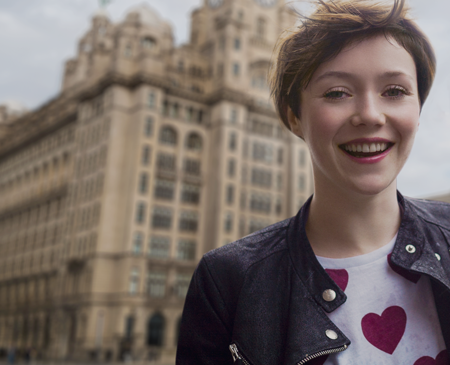 Changes to Services in North Liverpool

Changes to services in Greater Manchester