Arriva at the routeONE Excellence Awards General managers Raj Chander and Linsey Frostick have both been recognised for their outstanding contribution to improving bus operations by a prestigious national industry awards scheme.

Raj, who manages Derby, and Linsey, who is at the helm in Luton, were both presented with ‘Manager of the Year’ titles at the routeONE Excellence Awards for their dedication to delivering strong and strategic leadership whilst showcasing a clear understanding of the challenges facing not just their local depots, but the wider public transport network.

The duo collected their accolades during a national ceremony at the Hilton Birmingham Metropole Hotel, Birmingham on 2nd October, with both being heralded for their commitment and enthusiasm to delivering growth, innovation and results.

Upon presenting the award for ‘Manager of the Year’ (small/medium operations) to Raj, the judges commented, “Raj was particularly impressive because he has worked his way up the ladder using a combination of effort and ability. He has demonstrated his enthusiastic approach to dealing with difficult challenges. This is a victory that has been earned in a field that has demonstrated talent beyond belief.”

Whilst of Linsey, who triumphed in the large operations category, the judges remarked, “Linsey justly prides herself on being approachable by staff. Not only that, but she has showcased that she has a real passion for the place in which services are being delivered. She has led her operation through tough times and commands the respect of all around her.”

Mark Bowd, Managing Director for Arriva Midlands added, “It’s the exceptional contribution, above and beyond that is expected of them, that sets Raj and Linsey apart from the rest, and winning these awards is testament to the tenacity and commitment we have within our team at Arriva Midlands. Together, they set a real benchmark from which we as a business can continue to learn and grow. We are incredibly proud of all of their achievements; they are truly both inspiring ambassadors for not only the Arriva business, but for the wider industry too.”

The annual routeONE Excellence Awards aim to identify and reward the best operators and people in the coach, bus and minibus sectors. Among the 17 categories, there are just seven that celebrate individual achievements.

Closure of Merrylees Road in Thornton

Closure of Main Street in Cosby

Route changes to some Lawley services

Oxon Park and Ride to return 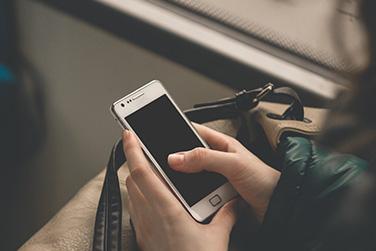 Transform your journey planning with our new app!